Wireless Zelkova: Everything You Need to Know

Nature has created copious varieties of living creatures including plants and trees of all kinds. In the current era, we are smart enough to discover and popularize things according to our requirements. The Wireless Zelkova is one such tree which became famous due to its suitability for urban societies. In this article, we will highlight the basic characteristics of the beautiful Wireless Zelkova along with an introduction to its other family members.

Wireless Zelkova is a cultivar of the six species-genus Zelkova Serrata belonging to the botanical family Ulmaceae. These trees are native to Japan, China, and Korea and get their common name as Japanese Zelkova. Zelkovas are usually tall trees that can grow above 40 feet tall. These trees are huge in size and deciduous in nature means they lose leaves in the fall and are not evergreen. Zelkova trees are also called “Keaki”. The Keakies were introduced to America in the middle of the 18th Century.

The family has many different varieties some of which are even propagated as patented varieties of specific cultivators. 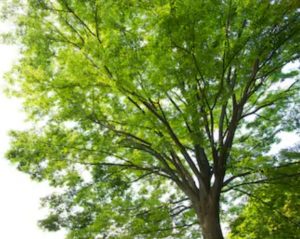 Common cultivars of Zelkova, are mentioned below along with their main features;

This variety is Oval shaped and the leaves turn yellow in the fall. These are usually 25 feet tall and 20 feet wide.

The Zelkova Serrata Green Vase is narrower as compared to all other cultivars. The green summer foliage turns into shades of bronze in autumn. It is pretty resistant to the cold weather and turns mature quickly as compared to others.

This variety is wider as compared to others and is usually 40 feet in width. The winter turns the foliage into reddish shades.

This Japanese Zelkova is a narrower variety, usually 15 to 20 feet in width, and turns yellow as the autumn arrives.

This is similar to Musashino, the only difference is that it comparatively grows quickly as compared to the former variety.

One famous Zelkova is the Wireless Zelkova which is a shorter variety and a mature tree grows up to 25 feet in height and spreads in a vase-like shape of about 35 feet in width.
This is the shortest of all other varieties. Popular for its short trunk, widespread foliage, and the beautiful reddish color in the fall. 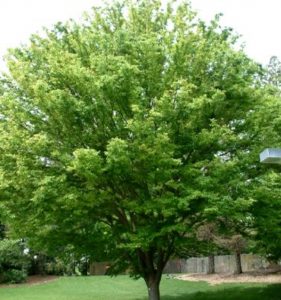 This is popular due to its smaller height and a wide umbrella-like structure. This tree remains lower than the electricity lines and wires in modern societies so it is commonly grown in streets and pathways to look beautiful without hindering the wires.

The tree is single-stemmed from the base which means that the branches start growing in the upper portion. This is the unique growth pattern of the tree that the branches are only grown near the foliage and not in the trunk. The Typical growing pattern gives it a popular name as the “Single-Stem Zelkova”. It stands beautifully without creating any hindrance for the people or equipment to pass underneath.

The tree is shorter, so it occupies lesser space and a good choice for low spaced regions, parks, and even domestic gardens.

Due to its wide upper umbrella, the trees make good shady trees.

Young trees have lenticels on beautiful reddish-brown bark. The lenticels can be compared to that of the cherries. The bark turns grayish-brown on maturity with strips of exfoliation displaying the inner bark.

Characteristics Of The Wireless Zelkova

Some of the important characters are mentioned below;

It is compatible with most of the soil types from alkaline to acidic. The soil preference during the growth phase is deeply moist and well-drained soil.

The trees are drought resistant and can thrive well in lesser water situations.

It blooms in full sun. These trees need up to 6 hours of bright sun exposure and the same 6 hours for low sunlight or shady atmosphere.

The young trees require to be pruned in the fall to enhance quicker growth. The branches must remain lesser than half the diameter of the trunk. This allows a firm and supported structure of the tree.

It is adaptable to hardiness zones 5 to 8.

The trees are deep-rooted. This makes them resistant to winds.

The Wireless Zelkova Trees are tough and pretty resistant to the most common diseases of the trees.

In optimum conditions, the trees live up to 70 years.

As mentioned, the Wireless Zelkova Growth Rate is pretty quick. This fast-growing rate also adds to the reasons for its popularity.

Uses Of The Zelkova Serrata Wireless

Out of all the varieties of the Japanese Zelkova, Wireless Zelkova is the shortest and most popular. The short height and single stem structure make them a good choice to grow without being an obstacle in the pathway of walking people underneath and the wires above them. The features of low maintenance and disease resistance make it an excellent choice for the street pathways of cities. They are a preferable choice to enhance the beauty of lawns and gardens while using lesser space as compared to others.
The next time you want low maintenance, a beautiful tree for a smaller space; don’t forget to consider the Zelkova Serrata Wireless Tree and be ready to go-gaga-over the reddish beauty of the Wireless Zelkova when the autumn starts.

Cosmos Flower Meaning: Everything You Need to Know

Philodendron Serpens: Everything You Need to Know

Strawberry Mint Plant: Everything You Need To Know